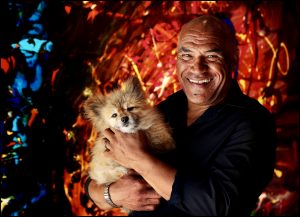 Kevin Sharkey is a phenomenon; he is Ireland’s most prolific and successful artist ever. Creating large bold colourful paintings, in an original contemporary style. He has sold over 10,000 paintings Worldwide.

His work is collected by presidents, Picasso collectors, and collectors of Francis Bacon and Lucian Freud. He has recently been admitted to the Mel T Sutcliffe collection which includes many of the World’s top artists.

He has galleries dedicated to his work in London and Dublin, and soon, New York. Sharkey has been painting from the age of 12 years old and only went public with his distinct and highly collectable art at the age of 38.

He has been voted “Irelands most collectable artist” by The Sunday Tribune and has been called “A true Irish legend” by The Irish Independent. The Irish Times Money section urged its readers to “Bank on this artist”

He has written songs for Boney M, Bob Geldof, and the theme music for “The Man Who Made Husbands Jealous” By Jilly Cooper. He has acted in various features, including the channel four comedy hit Father Ted and also he played Brazilian footballer Mane in a short biopic, and he was a music television presenter for several shows over the years.

In 2019 Sharkey ran for a nomination for the Irish Presidency and later withdrew, citing corruption of the entire political process, His current permanent exhibition is running at The Royal Hibernian Way, Dawson Street, Dublin 2. 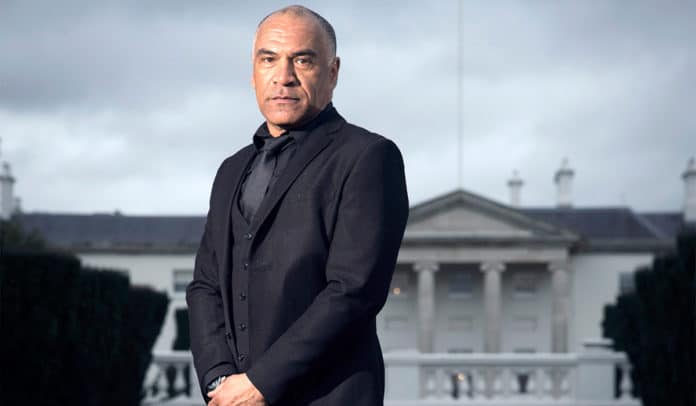 Good morning. Painting is here safe and sound! Thank you so much Thanks again for making this happen

Hi Kevin Just to confirm I received the painting yesterday. It looks amazing – even better than I remembered it. It just captures me every time I look at it. So much to see – it really pulls you in. This really is what Happiness looks like! Thank you so much for this wonderful piece and for our care and attention in shipping it. Your assistance with getting all that arranged was also really appreciated.

Hi Kevin Our beautiful painting arrived safely and in perfect condition, the crate is very solid, thank you for all your help. The foam packing really helped keep it safe and secure, we look forward to getting our next Sharkey painting.

Hi Kevin, Thanks again for the painting! We’re all delighted with it. Noel can’t believe it fits so well in the room and in that space! Said I should have taken a photo of the artist beside the painting! So whenever you’re in this area again let me know and I’ll do it!

Sharkey’s reputation as a commercially attractive artist has grown steadily

I never really got abstract Art....then I came across Kevin Sharkey's work and it all made perfect sense

One of Irelands most collectable artists